I promised to make a video introducing the Fluency Course materials for people considering helping us trial it.

So, er, here it is. Please forgive the shakiness, I was holding the camera in one hand and manipulating the materials with the other 🙂

I hope you found that useful. Please let me know if you have any questions or comments!

After five years of writing, testing, and editing, we finally finished writing the final volume of the Fluency Course last November. You can read more about the course in the previous post.

It’s been a wonderful experience working with my writing partner Dan E. and testing the materials with students at Cambridge English.

Now we are ready to take the next step.

The next step is to test the materials. We need to find out if they will work as well for other people as they do for us. We also need to find all the mistakes that inevitably lurk within the 100,000 words of content in the course 🙂

Another question is whether the materials work if students are not doing extensive reading alongside them. I suspect they will, but would feel better having actual data.

So we are looking for a few schools that would be willing to test the materials with their students from next April. It might be a bit difficult to jump into the later stages of the course, so we are only hoping to test the year one content (matches JHS first year textbooks and school curricula).

The Fluency Course consists of a number of components. It is designed to be modular, so schools/teachers can choose which elements to use with their students. The various elements are somewhat independent from each other.

The Fluency Course has 48 units, organized four to a month. The first volume of the first-year course (1a) is the easiest. The second volume (1b) is slightly harder and the third (1c) harder still. At Cambridge English we only have 44 classes a year, so we just skip the units that fall on days the school is shut.

We would expect test partners to:

The course could also work with second and third-year junior high school students as supplementary material, but is designed to go with the first-year JHS curriculum.

If you successfully test the first year and wish to continue using the materials you will also have access to the second and third year courses.

If you are interested in helping us test the Fluency Course, please get in touch (Gmail, Facebook, Twitter or comment below -my handle on all is the same as the name of this blog) and we can discuss whether the materials might be a good fit for you. We are only looking for a few schools, and are hoping to have different types of school in terms of size and curriculum.

It’s all coming together. Or is it?

This year was a solid one for the Academy but we definitely had some ups and downs.

Mistakes were made (by me)

Let’s start with the downs: we screwed up badly not just once but twice. The first mistake was getting a bit cocky about the Academy and changing the way we explained it to existing students.

In the past we’d gone into each class with 6th graders in, introduced the Academy and encouraged them to join. Almost everyone did.

Last year, we asked everyone to come to a special explanation session on a Sunday, then asked them to come in again in January and line up to sign up for the days they wanted. Only about half the students joined.

This is a mistake we’ll be paying for for the next five years, as we have a year that is quite a bit smaller than it should be. Looks like we’ll have 22 second-year students next year, spread over three classes of 4, 6, and 12 students. Doubly regrettable because the Academy classes work much better with at least ten students in.

This year we went back to the original, more humble model and right now halfway through the explanations pretty much all our 6th graders have signed up. If all goes well we should end up with 28 first-graders in three classes.

The second mistake was delegating too much. As planned I assigned a teacher to each class, but then failed to monitor them as closely as I should have (in my defence we had some pretty serious issues crop up this year that took a lot of time at first and then burned me out later).

As a direct consequence of me not paying enough attention to how the classes were going, the current first-year classes in particular are not where I want them to be, and all the reading classes have gone slightly off course.

Nothing too serious, but changes will be needed next year.

But lots of good things happened too

Despite the lack of attention from me, the classes mostly went well and students learned a lot. We did Eiken last month at the school, and 78 out of 82 students passed the paper test. Last weekend we did interview practice, and everyone was basically okay to pass. This is very encouraging, as our student body is very mixed and doesn’t just consist of elite students.

We wrote 2/3 of the A3 output course, and it turned out really well. I’m proud of all our materials, but this might be the best one yet. We also finished one year of the A5 advanced course.

Very few of our students quit. We lost a handful to graduation and three quit, but we’re hoping to have a healthy intake and we also had four students join from outside. Hopefully that is the start of a trend 🙂

Pretty encouraging. It will be interesting to see how many of the new JHS 3rd years stay on into high school, as they were our first big year.

Also, the mathematically gifted among you will notice that this would give us 101 students, finally reaching our longstanding goal of 100 students in the Academy. Eventually I am hoping we’ll have something like 200 in the program (see below for how this may be possible).

We’re going to rent the third unit on the ground floor of our building. This will give us all the car parking spaces (an additional four) plus get rid of the grumpy guy that used to rent it so no one will be complaining about our students going forwards. This extra unit will give us about 280 new class places and allow us to have all junior high school levels of the Academy, plus one high school level, every weekday.

I’m going to be much more hands on with the reading classes next year, and with the junior high school first year output classes. This will allow me to develop them a bit more and address structural problems (as well as train our teachers).

I’m going to take another leaf out of SEG’s book and try to find supplementary reading material for our beginner levels. At the moment the students read sets of readers with CDs, but I would also like to mix in picture books and other reading material that they might find interesting. A big work in progress.

We’ll finish the A3 course and start working on our final level, A4. We’ll also write a second year of the A5 course. This will complete the Academy materials, at which point we might start working on a course for elementary school students.

The outlook is good. I am not going to be able to be as hands-off next year as I was this year, but I think the program will get a lot stronger because of that.

We will be in a position to recruit hundreds of new students next year, including almost 100 new Academy students, so we will need to start working on advertising for April 2020 from now. It’s going to be intense but also kind of fun 🙂

I enjoyed attending and presenting at the Eighth CLS International Conference in Singapore this week.

Thank you to everyone that attended my presentation and especially to those that asked questions or talked to me afterwards.

Here are my slides in PDF format:

Please feel free to leave a comment or contact me by email if you have any questions. 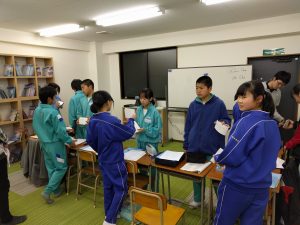 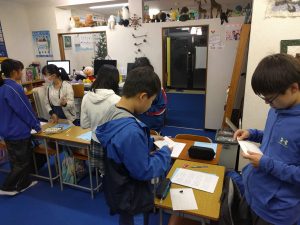 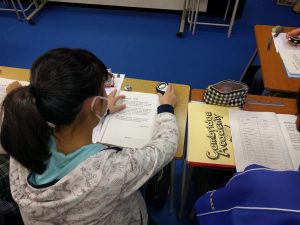 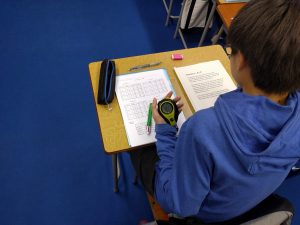 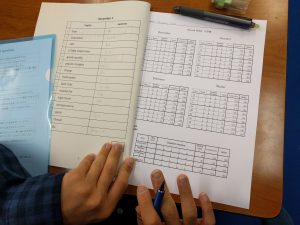