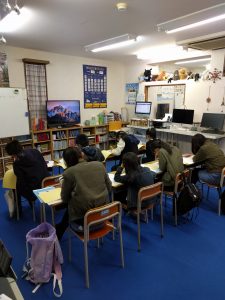 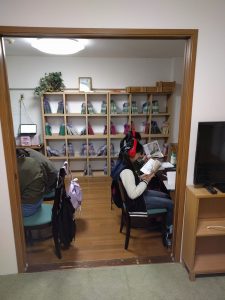 My first video for the iTDI Making ELT Videos course

The second week assignment for the iTDI Making ELT Videos course was to make a video. Here’s my sad attempt 🙂

It was rushed, shot on two devices, edited with Windows Movie Maker (which in my opinion is complete garbage -need better software). No music, had real trouble putting the screenshots in (hence the messed up audio from halfway through), didn’t do proper lighting, forgot to add links and a call to action…

BUT, I learned a huge amount and had fun. Looking forward to doing a better job with the second one. 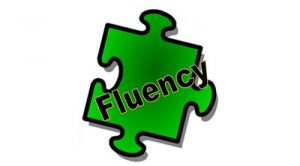 This year we are creating a new curriculum for the Cambridge Academy output classes. I’ve written (and thought) a lot about the Academy reading program input classes, but over 90% of our students also take an output class.

Output classes are small group (up to six students) communication classes focusing mainly on speaking and writing. This year I am taking a closer look at these classes because I have noticed that they may be far more important than I realized.

I believe the reading program delivers most of the benefit to our students. Extensive reading and listening for at least an hour a week is going to complement everything else they are doing at school and outside and give them the amount of input they need to start internalizing the language. However, in our input classes students work alone reading and listening to texts. They don’t necessarily notice the progress they are making, nor do they form emotional connections with their classmates or teachers.

In a way, the output classes are the heart of the program.

Which is why we are trying to improve them this year. Last year the output classes were a bit of an afterthought, and did not produce the results or the atmosphere we wanted. This year we are shaking things up with some major changes.

Two things prompted this: I read some articles about how homework doesn’t do much for students and they really resonated with me, and we noticed that only about half of our students were actually doing the homework we set.

Now, I think the benefits of formal homework could be debated, but for us the negative aspects of students not doing homework were far more important. First of all, it was very disruptive to have some students do the homework and others not. We had to take class time to help them catch up at which point that students that actually did the homework got annoyed. Asking/nagging students about homework also created a negative atmosphere in the class, and made some students not want to come to class merely because they felt bad about not doing the homework.

This is why from this month we will not be setting formal homework in our Academy classes. Students have self-study they can do (extensive reading and listening, vocabulary study with Word Engine, listening practice with elllo) but nothing compulsory.

The no homework policy is going well so far.

Fluency practice for speaking and writing

This came from reflecting on university classes based on the PDR method, as well as Yuko Suzuki’s take on shadoku. I have come to believe that our students need fluency practice, ie doing relatively easy linguistic tasks in order to acquire automaticity. What this looks like in practice is doing question and answer drills, timed writing, and repeating speaking activities multiple times.

Again, based on a couple of weeks: better atmosphere, happier students, more satisfied teachers. We’ll see how it goes as students get over the novelty and potentially start getting bored over the next few months.

In the longterm I would like to create an original curriculum for junior and senior high school students that doesn’t require commercial textbooks, based on the principles we are exploring in our output classes. Such a curriculum could be useful not only to Cambridge Academy, but potentially to other private language schools and even junior and senior high schools interested in running a communication class once a week.

More details as this project progresses. 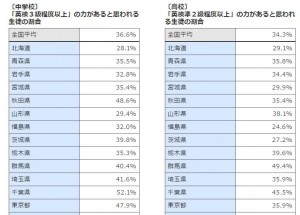 I don’t think the results are very surprising.

I do wish they would use better tests to set targets, as in my experience it is possible to pass Eiken with relatively poor English skills if you are lucky or prepare for the test format. I would prefer to see a test with separate scores for skills rather than the catch-all pass/fail STEP Eiken.

And of course, everyone should be doing extensive reading and listening 😉

A nice cheery topic for you all today 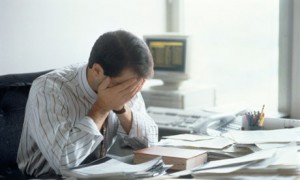 It’s been a tough ten years.

It’s been a wonderful ten years as well in many ways, but working two or three jobs, six or seven days a week for years on end takes its toll.

Some days I just want to give up.

A few times I have felt completely crushed and unable to teach.

Burnout is real, and is a major danger to teachers as teaching is one of those jobs that you can’t stop at 5pm and leave behind at the office.

Right now I am enjoying myself again, but it was a close thing a few times.

As far as I can tell, there are a few ways to reduce the chance of burnout. Coincidentally, all of them are likely to make you happier too 🙂

10 Ways to Reduce the Chance of Burnout

One of my major goals this year is to work on these for myself. There is no point in succeeding at work if it destroys your enjoyment of life.

How about you? Are you heading for burnout?