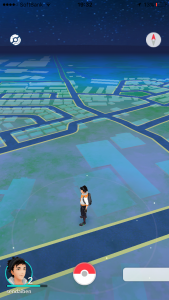 One reply on “Pokemon Go in Japan”

So after playing a bit this weekend, I noticed:

1. there is a bit more to the game than I first thought (the gyms are something I don’t fully understand yet)
2. there are loads of people playing. I went for a walk last night and there were at least a couple of hundred people playing in my neighbourhood
3. it’s dangerous. I was able to snag some pokemon as a passenger in a car, so drivers could do the same (and some will). Niantec should disable the game at speeds over 5km/h or so.