How do you know? 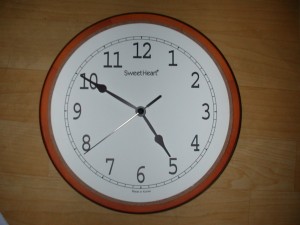 A recent series of events has started me thinking. On Friday, we had a meeting at work to talk about possibilities for promotion and tenure. On Saturday, I had a talk with my wife about it, and that evening, I received a very timely email.

The short version of the meeting is that I may be eligible for promotion and tenure in three years, at my employer’s convenience. This is kind of disappointing, as I was expecting that to be the case this year.

The conversation with my wife was even more unexpected, as she ended up saying ‘if they aren’t going to give you a proper job, maybe it’s time to look for one elsewhere, even if that means a move’.

The email is pretty self-explanatory.

The two combined really started me thinking. I’ve been pretty happy at work so far, and it’s been an interesting and satisfying six years (normally I get bored after three!). However, I don’t know if I am going to learn all that much going forward, particularly without being promoted. Three years of the same doesn’t seem that attractive…

I’ll have a chat with a sympathetic senior colleague next week and see what he says. Also, if you know of any interesting job opportunities from April 2016 please let me know about them 🙂