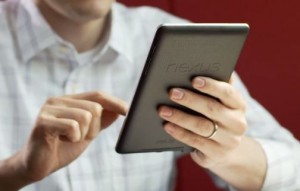 Having said that, I’m interested in the Samsung Galaxy Tablet

Thanks Andrew! Very interesting article on Flash from Steve Jobs there.

Still, I would rather have the choice 🙂

I also bought the Nexus assuming it would support flash and therefore allow us to use our educational websites on it. Doesn’t stop me from enjoying it, but we won’t be buying eight of them for the classroom now.