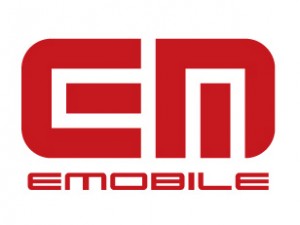 This is only likely to be of interest to a few people in Japan, but I am one of them so I am going to go ahead and publish it.

I just got off the phone with an e-mobile supervisor called Mr. Fukunaga following a mostly polite conversation about their contract and renewal policies.

I first got a contract with e-mobile in 2008, when they were aggressively subsidizing new laptops if bought with a two-year wireless data modem contract. I enjoyed the laptop briefly, found the usb wireless modem useful for a year or so, then wireless networks appeared everywhere in my life and I forgot about it.

In 2010 e-mobile automatically renewed my contract. During a contract, you cannot cancel it without paying a 10,000 yen penalty fee. This is not particularly unusual with mobile contracts, but e-mobile ups the ante by doing the following:

1. refusing to send you monthly statements unless you pay them (and not offering email ones)
2. refusing to let you cancel your contract except during a one-month window in the year it is up for renewal

Mr. Fukunaga explained that as e-mobile ‘has so many subscribers’ they could not guarantee that they would remember not to auto-renew my contract for another two years, so I have to remember to call them back between the 1st and 30th of November. If I fail to do so, they will gladly renew my contract again for a further two years without telling me.

This is just obnoxious. Their business model seems to be based on signing people up for contracts, hoping they will forget about them, and enforcing draconian cancellation penalties if and when they do remember.

At first they were one of the only options for wireless data, but now that mi-fi devices are everywhere I would avoid this company like the plague. It probably didn’t help that it took me three tries and twenty minutes to get through their automated phone centre to talk to a person.

Anyone have anything good to say about e-mobile?