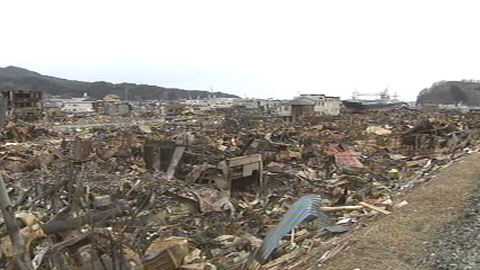 Okay, so I am going to hijack my own blog to shamelessly share some thoughts and experiences from the last few weeks. This is partly in order to give myself an outlet, as well as to provide an easily accessible record I can refer friends and family to. Don’t worry, we’ll be going back to educational topics soon enough.

When the earthquake happened I was in one of the Cambridge English classrooms. I was supposed to be observing a kids’ class from 15:40, as one of our teachers was leaving, and we were just setting up and cleaning the classroom.

At 14:46 the earthquake started. For a week or so beforehand, we’d had a series of smaller earthquakes, so we weren’t particularly worried. I moved to the back door and opened it and the other teacher did the same at the front. However, the shaking continued much longer than usual, and got stronger and stronger. It got to the point where we had to force ourselves not to run outside (leaving the building during an earthquake is usually more dangerous as you are more likely to be injured by falling objects or broken glass than by a building collapse).

The earthquake had gone on for several minutes, when suddenly there was a sharp sideways motion, and everything in the room that wasn’t fixed down (and a few things that were, like shelves that were screwed into the wall) flew sideways. Computers, printer, plant pots, and hundreds of books were launched into the air and ended up in big piles on the floor.

Thankfully, it stopped shortly after that.

Walking outside, we went to check on friends who run a restaurant nearby. They were fine, but the restaurant was a real mess, with broken glasses and bottles everywhere. We decided to wait outside in a nearby park, away from power lines and buildings, just in case.

It was a very cold day, not the kind of weather you want to be standing outside in the cold for. We did that for an hour or so and experienced several aftershocks. Then it started snowing, so we set off for home by car. The roads were jammed, and damaged in places. Some sections were cracked, or bulged up, or had collapsed. I tried to call or email my family, but everything was down (after an earthquake, everyone tries to call at once and the system gets overloaded). Fortunately, Facebook was working so managed to get in touch with family and friends that way.

Social networks really came into their own during the disaster, allowing people to keep in touch and organise themselves.

Anyway, after two hours in stop-start traffic, we got home. The power was out throughout the city, so none of the traffic lights worked. Surprisingly, there were no accidents and everyone became really considerate drivers. Once it got dark the streets became dangerous, as the streetlights were also out. Pedestrians and cyclists were almost impossible to see. Lines of people formed at public phones, as they seemed to still be working.

At home we broke out some candles and tried to keep warm. Our house is quite old, so we have several kerosene heaters. Most of them require electricity, but luckily two of them are the old stove type so we managed to get them going.

It was pretty eerie: the blacked out silent city where the only noises were the sirens of emergency vehicles in the distance. It was the first time I saw the stars in Sendai.

That evening we went to our local refuge (each neighborhood in Japan has a designated place people should go to in a disaster -usually a school) but they didn’t have any food or water yet. We also went to check on another of our teachers, as well as family members. What should have been an hour’s drive took seven hours, and we got back home at 3am.

At one point we had to drive through water (in Nakano Sakae near Tagajo) but we had no idea of the significance. With no power we were not getting much news so we had no idea of the true scale of the tragedy on the coast. Despite the blackouts, we didn’t think too much of the earthquake as there was not much damage to buildings: they held up incredibly well.

The next day we again drove out to check on our classrooms and one of the girls’ apartment, taking food and drink and leaving everything else. We managed to find an open shop where we bought vegetables and were feeling quite positive by the time we got home. Cooking on the kerosene heaters was slow but worked, and we had a simple dinner of fish and vegetables, which was great after 24 hours of eating chocolate and snacks.

Full, warm, and safe, we faced our second night after the earthquake in good spirits (remember, we still had no real news about the scale of things).

9 replies on “The Great East Japan Disaster Part One: Earthquake”

Thanks for sharing your experience of the Earthquake: Day 1. I can only imagine what a nightmare this must be for you all. I’m so impressed with the strength and perseverance that you and the Japanese people have to regroup and rebuild despite the heartache you must be feeling. If there’s anything that I can personally do for you, your family, or your school, please let me know. Thinking of you all, Lindsay

Hi Lindsay
Thank you for the kind words. To be honest, we don’t have much of a choice 🙂
It’s either make the best of things or give up. Giving up is not an option!

Just a note: another 7.4 earthquake reported 60 km east of Sendai (weaker than before, but quite a bit closer) as of 4/7. Hope you’re OK, Ben.

It was as big as the monster last month. Somehow we still have power. Interesting times continue…

I think it’s great you hijacked your own blog for this. As you said the news is slow to get through sometimes, and it’s very nice to have a real personal account. Thank you for taking the time to write and post. I’m sure it’s good for you as well to have some kind of release from the writing process too.
Stay safe ?

The last line was not supposed to be a question, but a heart 😉

Thanks for a great series. It’s good to hear the truth from someone who was actually there. Us in Tokyo have no idea.