Securing your future in EFL 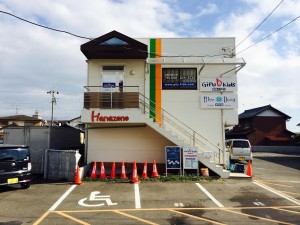 Today I am extremely pleased to feature a guest post from Mark Kulek, a school owner from Gifu. Mark is a great guy, a passionate educator, and, as you’ll see from his post below, a shrewd business owner.

First, let me thank Ben for this opportunity to share my experience with his readers.

Ben published a post that concerns me and many others who are teaching English conversation here in Japan.

Ben asked me to share what I am doing to survive in the English conversation business.

I arrived to Japan in August of 1996 with no experience teaching English or running a business.  I graduated with a degree in literature, but had no plans of teaching at that time. After graduating from my university, I worked as a sales representative. I liked it, but never really felt satisfied.

My sister left for Japan in 1992. I felt a little jealous of her. She was off to a fantastic adventure and I was still doing the same old thing. When she had come back home, she told me that I would love it in Japan. She planted a large seed in my head.

I came to Japan with one main goal, to make money.

In 1996, my group of friends were all hustling to earn money. We all had our full-time job, but that was not enough. We took on private students, part-time work and even performed as priests doing wedding ceremonies. Very early upon my arrival I knew that I could work hard and have a comfortable life. And I knew that I could make it on my own.

In 2001, I opened a conversation school. At first, I was only open a few days a week supplementing my income with part-time work. After a few years, I was  busy five days a week plus I needed a part-time teacher. This situation continued. Then about four years ago things changed.

Demographics started impacting enrollment. My area was graying quite fast. Young families were not moving into my area. The local kindergarten was losing students. Two local elementary schools had to merged. From 2011, basically, I had zero new enrollments at the school. The future was looking bleak.

In the meantime, I was working at a few kindergartens part-time. One particularly valued English learning more than the others. This is the kindergarten that changed everything for me. I worked there once a week doing kanai classes. Once a week turned into twice a week plus I did after school kagai classes.

I had to make a change.

The kindergarten’s owner had a building, not being used, right next to the kindergarten. Each week I would look at that building and think, “this would be an ideal location for my English school.”

I took the principle/owner of the kindergarten out for dinner.  We had a few glasses of beer, enough to get us feeling happy. I then suggested that we go into the English conversation business together. He was very positive about the prospect, but needed some time to think about it. He did and we formed a partnership. We fixed up that old building and made it the finest English conversation school in the city.

I am happy to report that our partnership is working out beautifully.

It’s win win for both of us. The kindergarten is providing more services, convenience, safety and personalization to their students. As for me, I’m getting job security, business help from people who have been running a kindergarten for over 50 years and financial backing. One of my biggest concerns (before the partnership) was one day being able to step back from day-to-day teaching, after all I am not getting any younger.

This partnership with the kindergarten will allow me to run a successful business. In fact, since September 2013, I have hired two part-time teachers to cover the increase of students. This has allowed me to focus on management, to help my teachers, and to make materials.

I feel I have set myself up for a long and prosperous future in the English conversation field. 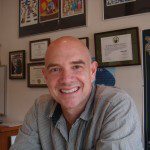 I make my home in Gifu, Japan, where I have an English conversation school for both adults and young learners. I have been teaching EFL for 18 years. I’m interested in professional development and activity-based curriculums. You can find me on Twitter as @gifumark

Thanks Ben. It’s nice to know that others might be interested or can relate to my situation. By the way, I wouldn’t call myself shrewd in this business. Perhaps opportunistic might be closer.

As for the shrewd thing, you saw a problem, made a plan, and solved it. Respect.

Mark really is a winner, I wish all the best to you, A hug.
Thanks for your job., Thanks my Teacher.