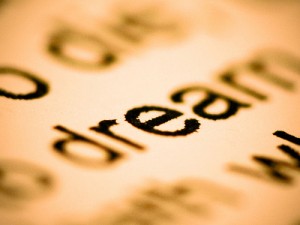 So the story I wrote about yesterday seems to have caught the eye and the imagination of people I know. I have yet to see a positive response, even among former JETs.

There are various reasons for that, but the most important one seems to be the opportunity cost of this plan -there are probably much more effective things that could be done with the money. I’d like to put all that aside and just focus on what could be done to make the JET Programme and wider ALT utilization more effective.

1. Make JET an up or out program

Almost all ALTs are excited, happy, enthusiastic, and motivated when they first arrive in Japan. That energy and enthusiasm, combined with not knowing anything about Japan, is hugely beneficial for students. However, after a year, depending on how their year has gone, how they have been treated by teachers and schools, and how their particular ALT community is, they will change. Some will pick up bad habits and stagnate in the computer room, some will settle into a comfortable existence, and some will learn as much as they can about teaching and work hard to improve themselves.

At that point I believe most ALTs should move on. JET is, as many have mentioned, an exchange program, a way for Japan to increase its soft power, and a way to internationalize smaller and out of the way communities. I think it works very well in these respects, but most of the benefits are in the first year.

A small number of ALTs should be chosen for promotion, given extensive training and more responsibilities, and put on a career track to become special teachers (with possible tenure, a normal pay scale and benefits, and the ability to teach by themselves). These special teachers would then assist with managing regular ALTs as well as be assigned to schools as English teachers.

This way the current goals of JET programme would be met while allowing it to serve as a source of high-quality native speaker instructors.

Make schools and boards of education submit plans for how they intend to train and utilize ALTs, and follow up to ensure that they do. Schools that fail to find a useful and productive role for their ALTs should not receive one. The huge variation in how ALTs are treated is probably one of the worst problems with the system, and a lot of it is due to the ‘hands-off’ nature of the ‘recruited centrally, employed locally’ approach currently in use.

3. More training and guidance for schools and teachers

In many cases, teachers and schools aren’t quite sure what to do with ALTs. I would like to see the Ministry of Education provide more training and examples of best practice to schools and teachers. Often, the youngest teachers are assigned to be ALT supervisors, whereas in many cases the head of English would be more suitable.

Many ALTs are stuck in ‘tape-recorder’ team-teaching situations where they basically sit in on another teacher’s class and participate sporadically. This is not particularly useful or fulfilling. Instead, ALTs could take small groups aside for speaking practice (like the Spanish, French, and German language assistants in my own secondary school did), mark and check written work, help with creating written, audio, or online materials, or provide after-school teaching for students.

Having trusted and experienced native teachers as described in 1. above would also help here.

Finally, one potential positive for this plan is that it may go some way to reversing or even ending the trend towards outsourcing ALTs or teachers, which I think has no redeeming features. It is very possible that the new JET ALTs will not be adding to the total pool of ALTs, but rather replacing assistants provided by dispatch companies. That would be a fine result in my opinion. The sooner the parasitic ALT dispatch companies are driven out the better.

I look forward to your comments!

5 replies on “If I ruled the world… the JET Programme”

Interesting. Almost depressing, but that’s not your fault 😉

I was on the JET programme over a decade ago now, and what’s always grim about suggestions like yours, which understandably always pop up whenever JET is in the news, is a) how reasonable and sensible they are, and b) how they are EXACTLY THE SAME as suggestions that were being made all those years ago. That’s not because you’re unoriginal just that the problems are so obvious, yet in all that time no real progress has been made towards fixing things.

It’s why I slightly disagree with your comment on you last post that the dispatch *model* is worse than JET. In theory the dispatch companies don’t have political corners to fight so can focus more on quality of recruitment and training. They should be able to react more quickly to school feedback, to improve/get rid of under-performing ALTs and provide better long term incentives for those who want to stick around, as you suggested above.

In reality, of course, expectations are so low that just having someone with a pulse and the correct passport is enough to keep most Boards of Education happy so it becomes a race to the bottom in terms of price, and thus quality. There’s very little real incentive for either JET or the dispatch companies to change what they’re doing until people actually start expecting proper teaching from ALTs. Massively increasing JET recruitment in such a short time span can only dilute what little quality there is, unfortunately, and that’s not going to help people expect more.

Hi Kamo
Thanks for stopping by! I found your comment really insightful, and I agree that in principle the private sector may be able to deliver better educational outcomes through streamlined decision-making. Although this may be happening in some cases (like where private language schools provide teachers for their local school) I have not seen any evidence of it at the larger corporate level. Rather, the amount of dishonesty and contempt shown to both BOEs and teachers leaves me very sour on the model…
You’re right about the timeframe: I was a JET 13 years ago, and these are thoughts I’ve had floating around since then! Plus ca change, eh? 🙂

Oh no, I can completely understand why you’d be sour about the actualities of dispatch ALT companies, I certainly wouldn’t claim they have dirt-free hands in that respect. I just don’t think the theoretical model is any more flawed then JET; the ways the flaws manifest are just different, is all.

And, crucially, the flaws of both are fatally exacerbated by the massive disconnect between the large scale stated aims and the day-to-day expectations and implementation on the ground. Plus, as you so rightly say, ca change.

I would argue the theoretical model for most dispatch ALT companies and the JET Program are completely different. All most of the dispatch companies are really concerned about is cost. On the other hand, one of the major complaints about the JET Program is that it isn’t cost effective. When cost becomes the most important factor, the model necessarily changes.

The problem with claiming that the JET Programme isn’t cost effective is that no-one seems to agree on what the goals are, so it’s almost impossible to show how (un)successful it is…