Yesterday marked one year since the Great East Japan Earthquake.

Living here in Sendai it was quite a big deal for us, although my family and I were extremely fortunate not to lose any close friends or family members. Many were not so fortunate.

There are still reminders of the damage all around us. Walking to work this morning, I passed a boarded up business: the building unrepaired and the signs taken down. Flying into Sendai airport yesterday, the full extent of the devastation is clear: the coastline a tabula rasa, devoid of buildings or people. On the drive home the expressway cuts through flooded rice fields: it will be years before the sea salt is leeched out and they can be used again.

Experiencing a major disaster is different for everyone. Normally it is something personal: the death of a loved one, the loss of a job, a crippling accident. This time we all experienced it together, and yet each person reacted in their own way. There is almost an illusion of commonality, but deep down everyone’s reality is different.

I’m not sure how I feel about the news on TV, the postings on Facebook, and the emails sent to lists. In a way I’m glad that people haven’t forgotten, that Tohoku remains in people’s thoughts. On the other hand I feel this is quite a private topic for me. In the aftermath of the earthquake last year I did talk about it (you can see my blog posts Part One, Part Two, and Part Three on our experience immediately after 3.11). However, since then I have felt the need to talk about it less and less. I still find myself getting emotional watching documentaries about the ‘triple disaster’, and it will be years before we find out if radiation fears were warranted or not. The Great East Japan Earthquake Disaster is ongoing in many ways. It is both mundane, in that it is part of every day life here, and extraordinary, in that it was (hopefully) a once-in-a-lifetime event. The media will probably stay on the story for now, and people are going to keep talking about it online.

But I’m not sure I want to. In a way, I feel it belongs more to those whose lives were irrevocably changed. I was frightened, it was tough, we had to move, it was very stressful, but we got through it. For others though, who lost people close to them, whose towns were literally wiped off the map, who are still living in temporary accommodation, it’s not just another war story.

I thought this article from the New York Times was beautiful.

*the image at the top of this post is the data for the second earthquake, the one that did more damage to buildings in Sendai but much less overall as it did not trigger a tsunami. One of the thousands of strong aftershocks in the region.

The Tohoku ETJ Expo was held yesterday in Sendai. We had just under 100 people come out to see 19 workshops and presentations.

It was great to see and talk to everyone, and thanks are due to the team that put it together: committee members of Sendai ETJ and Sendai JALT chapters.

This was just the first of the ETJ Expos, so if you have the chance to see one in your area please check it out: http://www.eltnews.com/ETJ/events/expos.shtml

I’ll be presenting again at the Tokyo Expo on November 6th and 7th, so hope to see some of you there. 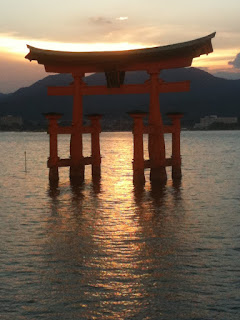 So far during my ten years in Japan I have tended to focus on things that annoy me about my life here. Some of them are universal, and some more specific to Japan or Sendai. I’m sure everyone has their own list.

However, recently I have found myself appreciating my life here. I really do feel at home, and enjoy almost everything I do.

Keeping that in mind makes the small annoying things much less important.

I just wanted this on the record in case people had the wrong impression from the amount of moaning I do on debito.org and other websites.

(I took this photo myself earlier this summer, by the way)